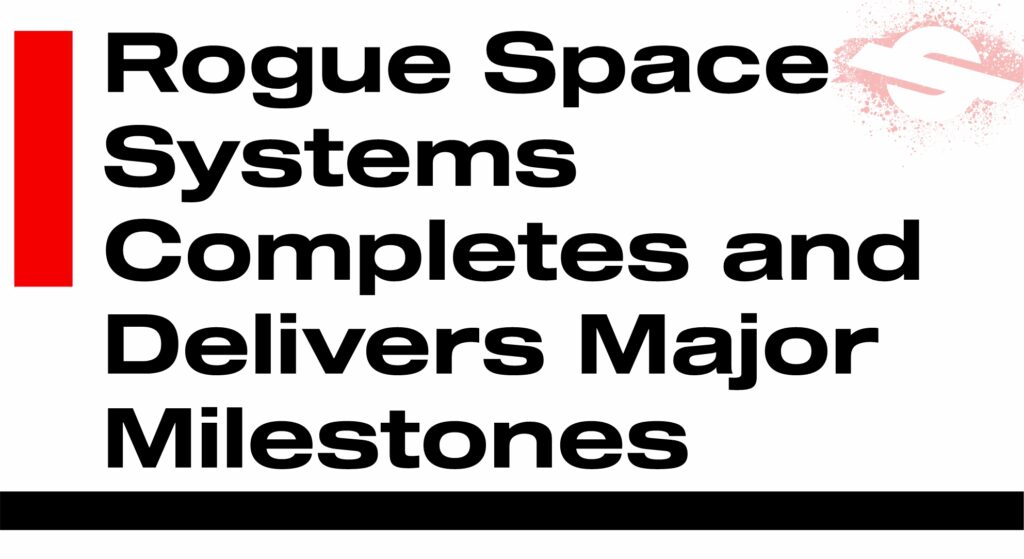 [Laconia, NH | 01/23/23] – Rogue Space Systems announces a major milestone for its first launch mission this year. They have successfully delivered their first payload to satellite bus partner EnduroSat and have also successfully completed Preliminary Design Review for two of their orbital robots (Orbots™) spacecraft. The Orbots™ will be part of Rogue’s second launch demonstration mission shortly after the completion of their first. These milestones were achieved while simultaneously completing multiple Phase 1 Small Business Technology Transfers (STTR) contracts and leading the way in the space industry by creating one of the first Sustainability Offices for a new space economy company.

The launch later this year will be the first in-space demonstration of Rogue’s next generation imaging technology for a resident space object as well as proximity operations. Rogue will also be demonstrating the capabilities of their scalable compute platform which supports their algorithm development for future missions. This scalable compute platform will serve on all of Rogue’s Orbots™.

In May of 2022 Rogue announced that they had been awarded $2.8 million in Small Business Technology Transfers (STTR) as part of the SpaceWERX Orbital Prime Initiative. Since the STTR awards, Rogue has also completed their work for a majority of those awards in the past few weeks, with the remaining work being on schedule for completion within the next several weeks. According to George Pullen, Rogue’s Chief Economist, these awards were part of a major push by U.S. Space Force to solicit new innovation and technology from small and medium size enterprises, and “this level of winning and performance on awards positions Rogue well for future strategic growth as spending increase and servicing contracts mature in both DoD and commercial segments of the space economy.”

“Rogue is setting and defining the pace by which technology is being developed, demonstrated, and operationalized in space. Our partners and customers have called on us to find ways to deliver technology efficiently and successfully. By clearing so many milestones successfully in such a short amount of time; I believe our team is answering that call at an unmatched pace. Rogue is now sending our tech to space for the ultimate test; in-space demonstration. We’re thrilled to have reached this point and cannot wait to see what the future holds for us.” Says Jeromy Grimmett, CEO of Rogue Space Systems.