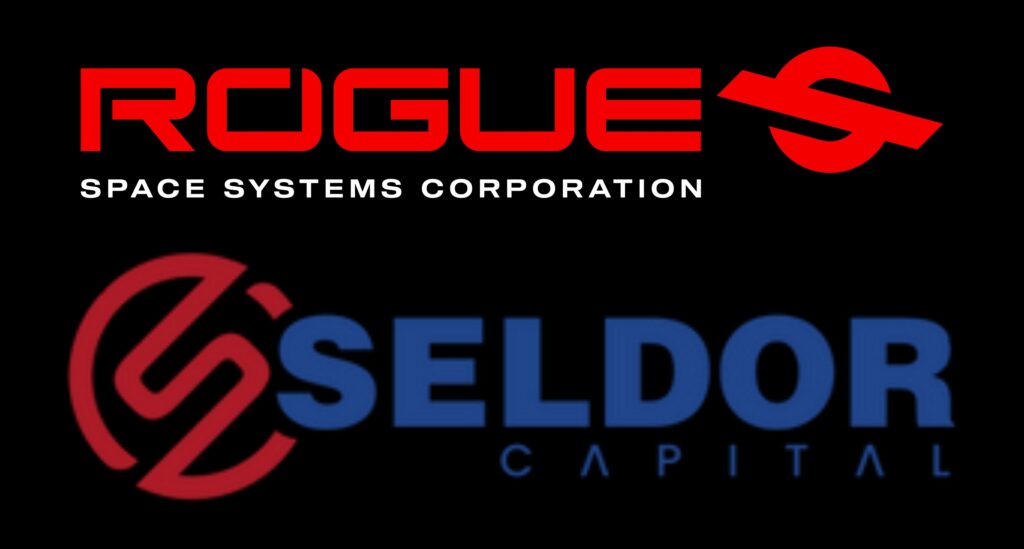 “Sidney and Steven have taken the time to get to know us as a team. They have dug in to see how we work as a business, and they have placed their investment on our track record of accomplishment over this past year. Seldor Capital has been a splendid partner and member of our community. We’re humbled at the level of confidence they have placed in our team,” said Jeromy Grimmett, Founder and CEO of Rogue Space Systems. “One of our differentiators is our ability to bring people, organizations, and businesses together to accomplish big things that support Rogue’s grander vision for our future in Space. Sidney and his team embodies and embraces that sentiment with Rogue. We’re going to do some very special things together.”

Rogue Space Systems has built a community of enthusiastic and devoted technical and industry expertise which allows them to elevate existing spacecraft systems and subsystems through their own innovative technologies. “Rogue is leveraging decades of our key personnel’s space heritage and experience to mentor and meld a young juggernaut of an engineering team to bring dynamic and adaptable robotic spacecraft to the in-space services market.” said Grimmett, “Their creativity and speed is simply unmatched. These systems have broad application across the defense and commercial markets, and Rogue is leading the way.”

This investment has allowed Rogue Space to scale up their engineering and operations teams. Rogue has successfully implemented a formalized business management system and methodolgy, signed a CRADA with AFRL valued at over $1.1 million, secured two launches of their Laura observation spacecraft, and prototyped key technologies. These milestones and several others have been completed in less than twelve months since being established.

“As the commercial space industry expands rapidly it is essential to have satellite vehicles and other subsystems to provide on-orbit services to satellite operations. We strongly believe that Rogue Space Systems is not only well positioned to provide these services, but it has also demonstrated an enormous capacity to become a leader in the sector,”

Rogue Space Systems Corporation is a Laconia, New Hampshire-based company that designs satellite vehicles and subsystems to provide on-orbit services to satellite operators. Founded in 2020, the Rogue team is building a fleet of Orbital Robots (Orbots™) that will perform a variety of services for orbital assets in LEO, MEO, and GEO including inspection, maintenance, repair, transport and more. The fleet is supported by a first of its kind AI-enabled sensory observation platform. For more information, visit: www.rogue.space.

Seldor Capital is a NYC-based Venture Capital firm focused on investing in the most promising startups that develop technologies for space exploration while applying those technologies to solve Earth’s most pressing challenges, such as sustainable development and climate change. For more information, visit www.seldorcapital.com.