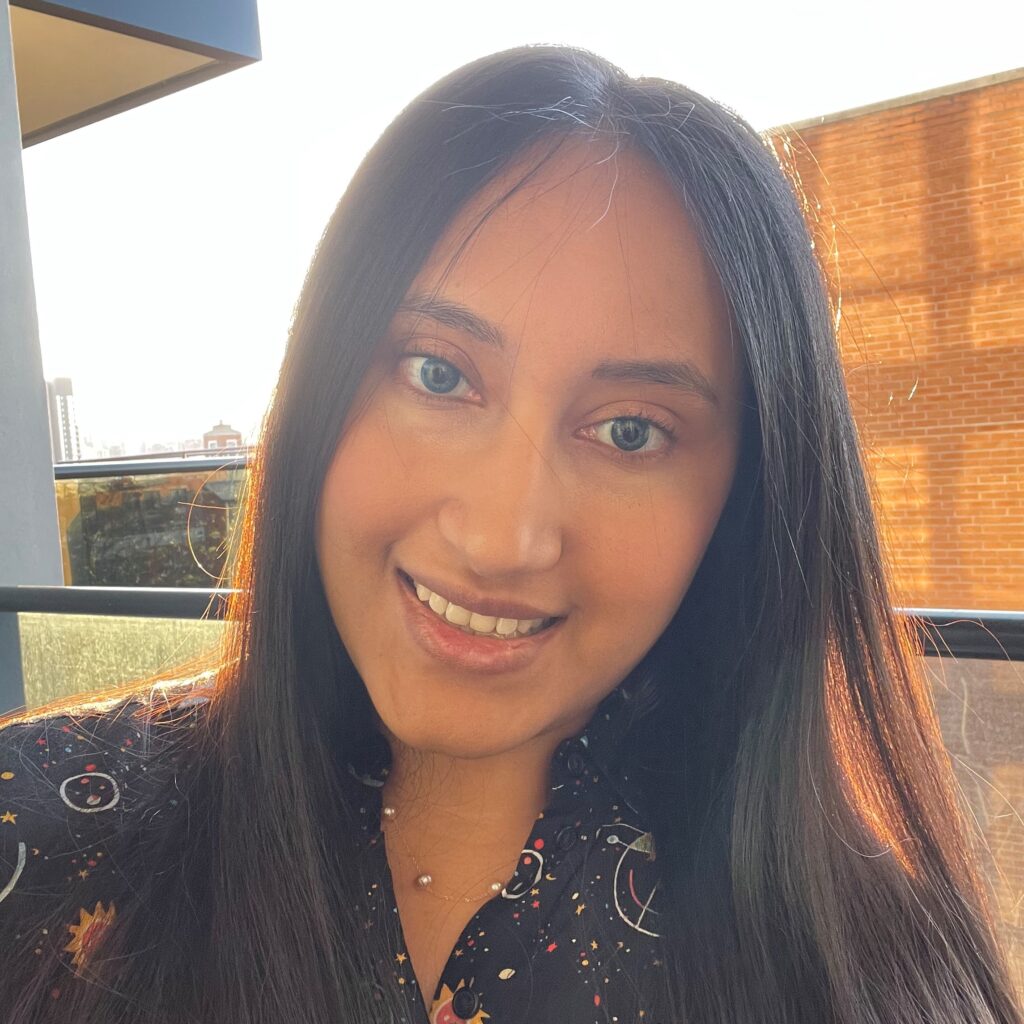 Sadia Mooring is a Rogue Space Systems Research Scientist Coordinator, communicating the science behind Rogue’s technology to a variety of stakeholders. Her main mission at Rogue is to prepare successful proposals and grants for funding.

Her other goals include helping with research and development for Active Debris Removal tools and conducting data analysis to help the scientific community better understand Rogue’s machinery.

“As a stargazer, everything about space fascinates me,” she says. “I think space is important for humanity in terms of planetary survival, but also on an intangible level.”

But Sadia didn’t follow a straight path to working in the space industry. After studying biochemistry and physics in college, she researched immunology at Harvard University, cloning at New York University, and machine learning at Columbia University.

She’s also worked as a data analyst for the New York City Council and won a Certificate of Congressional Recognition for her involvement in civil service. In the space industry, Sadia has founded NewSpace NYC and contributed to NASA as a data analyst at Final Frontier Design.

Sadia isn’t done reaching for the stars. She’s an advocate for minorities and women in STEM fields, and she aspires to someday become an astronaut herself.