Live From The Apollo 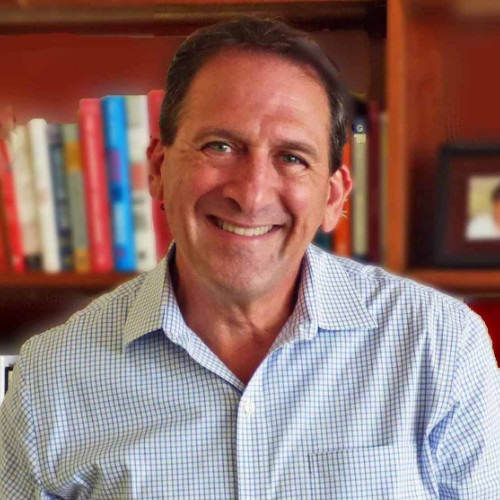 Music has always been a big part of Michael Halperin’s life. He has been in two performing rock bands, and has written a collection of songs – including music, lyrics, and arrangement – he hopes to someday record and publish as an EP. More immediately, he is a co-founder and Chief Strategy Officer for Rogue Space Systems, where he’s about to witness the Orbots he and the Rogue team are developing heading into space.

Michael focuses on helping define the company’s business model, and contributes to the development and execution of its business plan. He is hands-on, helping develop the company’s financial model and go-to-market strategy, and participating in investment fundraising.

The money Rogue raises is being used first to develop the Orbot named “Laura.” Laura will inspect and observe space equipment using high-definition cameras and sensors.

Halperin is old enough to remember the early stages of NASA, even before the Apollo program. As a kid, he was fascinated with space. He wanted to be an astrophysicist, the idea of studying the cosmos filled his young mind.

“So many years later, I can’t believe I’m part of a company that’s putting stuff on rockets,” he says.

His goal is to see Rogue become THE pioneer of the Orbital Services space. He’d love to see this company create unique, interesting jobs for great people. He believes Rogue is destined to become a truly great, thriving company, and deliver fantastic returns for its shareholders.

Michael has had an extensive and varied career that includes working as Campaign Manager for a Congressional Campaign, rising from engineer to top executive in the technology industry and, as he puts it, “accidentally co-founding a Mergers & Acquisitions (M&A) company”.

Michael has successfully led four different IT Services companies, including the one where he first met Rogue Space CEO, Jeromy Grimmet.

Today – in addition to his duties with Rogue – Michael is highly sought after to help companies implement the Entrepreneurial Operating Systems (EOS), a complete system of tools that enables Leadership Teams to build great companies.